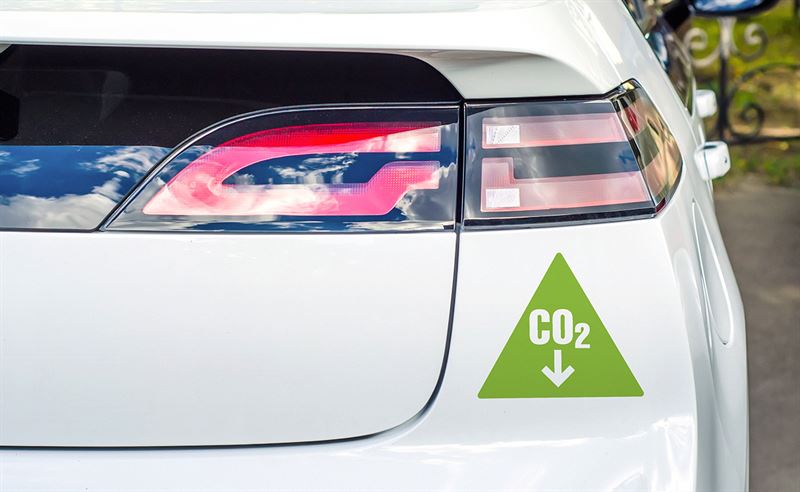 Between May and June 2022, Neste and Finnish driving school Ajotunti.fi studied the impact of driving style and driving instruction on climate emissions. According to a recent consumer survey* of 1,000 Finns, 54% of respondents believe they drive in a climate-friendly way, while as many as one in four cannot say whether their driving style is climate-friendly. As part of the project, Neste and Ajotunti.fi carried out driving tests with driving school students, which showed that driving in a more climate-friendly way can reduce emissions and fuel consumption by as much as 6–15%, depending on the driving style. From a skills perspective, just 15 minutes of driving instruction can make a significant difference.

“Existing solutions for drivers to reduce emissions include lower-emission fuels or vehicles, but we also need many more solutions in addition to these. Our study proved the impact of driving lessons on emissions from driving. Our project also aims to provide a stimulus for making climate-friendly driving a more important part of driving instruction, both in Finland and abroad. If the entire age group participating in driver’s education received the same guidance, the full impact on the future driving culture would be significant,” says Mika Hyötyläinen, Vice President, Marketing Communications, Data & Digital, Marketing and Services at Neste.

“There is a significant difference between age groups in terms of how well they know the principles of climate-friendly driving and how many Finns make a conscious effort to drive in a climate-friendly way. We need to raise awareness of the impact of the driving style on emissions, as well as increase related practical instruction. One concrete way to do so is to introduce an instruction module on climate-friendlier driving in driver’s education, similar to which we are now piloting. We believe that the impact on young drivers in particular will be significant in the long term,” says Hyötyläinen.

The test drives by Neste and Ajotunti.fi were conducted in Helsinki, Finland, between May and June 2022. The route was eight kilometers long and included driving both in the city and on the motorway. The test drive with each driver lasted for two hours in total.

“During the first drive, the driver drove in their own style, after which we checked the consumption data and held a compact theory session, going through the things that needed to be fixed and taken into consideration to drive with lower emissions. We then drove the same route again and compared the results. The test results showed a 6–15% reduction in emissions depending on the driving style and the driver. The theory session during the test drive resulted in significant changes in driving, with the proportion of acceleration of the driving time decreasing and the average speed on the second lap increasing with fewer stops,” says Kristiina Anunti, driving instructor at Ajotunti.fi.

“Driving schools use the Finnish Transport and Communications Agency Traficom’s guidelines as a basis for their own instruction plans, but currently the time available for climate-friendly driving in many driving schools is not enough to cover the topic in the extent it deserves. The preparation of instruction materials, as well as concrete tips and their testing during this pilot alone produced excellent results. It would be great to see climate-friendly driving being given greater emphasis in future legislation and guidelines,” Anunti continues.

According to the Finnish Transport and Communications Agency Traficom, it is important to pay attention to climate-friendly driving.

“Everyone can have an impact on the environment through their own actions. The necessary changes to your driving style can be very small, but they can have a significant impact. Climate-friendly driving is an act for the environment that does not require expensive investments. It makes use of the principles of economical driving, which can be learned with a little practice. Economical driving reduces both emissions and fuel costs,” says Marjo Immonen, Special Adviser at Traficom.

Even the route choice matters

The impact of the driving style and route choice on emissions and fuel consumption has been studied before, by VTT and Neste, among others. In the spring 2020, Neste together with HERE Technologies and PTV Group, studied the impact of route choice on road transport emissions. In Finland, tests in the Helsinki metropolitan area have shown that selecting a more climate-friendly route can reduce carbon dioxide emissions by up to 6% compared to the fastest route most commonly recommended by navigator apps.

“VTT is participating in the EU-funded MODALES project, and the results of its first phase showed that there can be significant differences between drivers in terms of both CO2 and local emissions. On average, the impact of drivers on CO2 emissions varied by as much as 26% depending on the vehicles used, with local emissions also varying significantly. Typically, a strong correlation was found between CO2 and local emissions, with drivers consuming less fuel simultaneously producing less exhaust emissions harmful to the surrounding environment,” says Rasmus Pettinen, Senior Scientist at VTT.

*) The Neste survey was conducted as a nationwide consumer panel via IRO Research Oy’s Tuhat suomalaista (“One thousand Finns”) survey, between 11 and 23 May 2022. 1,000 Finnish consumers nationwide answered the survey.

Ajotunti.fi is a new service where you can choose your own driving instructor! With Ajotunti.fi, you can complete your entire car driving license or just book individual driving lessons. Theory lessons are conveniently conducted in an online classroom, and driving lessons are provided by the professional of your choice. The service also offers training for climate-friendly driving and other driving courses for people and companies who already have a driving license. Read more: Ajotunti.fi. 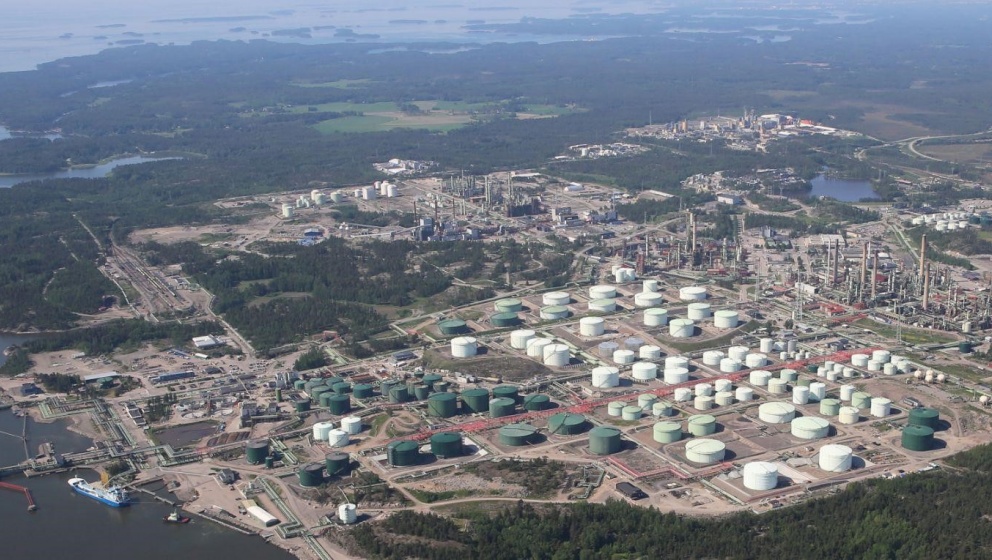 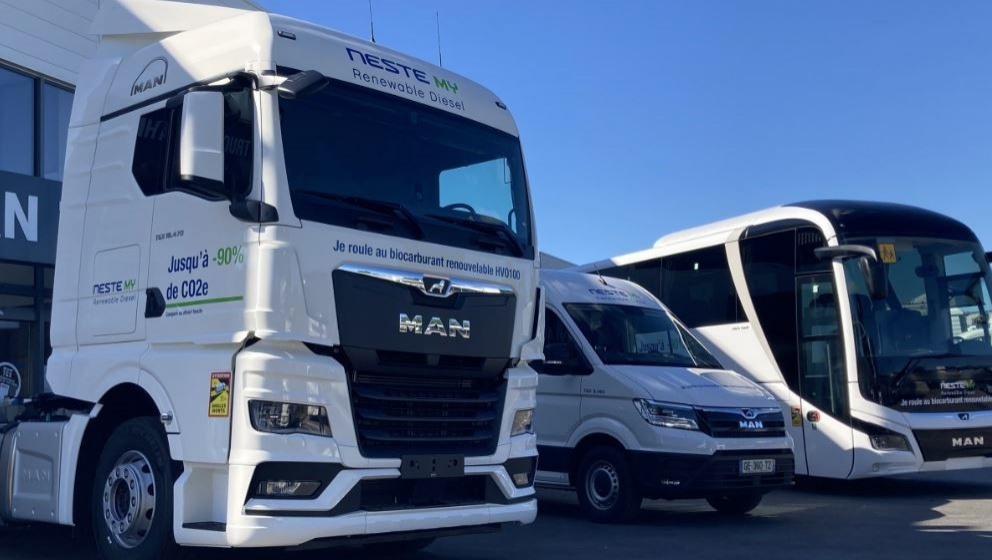 Neste, MAN and Altens sign a partnership to promote biofuels in France 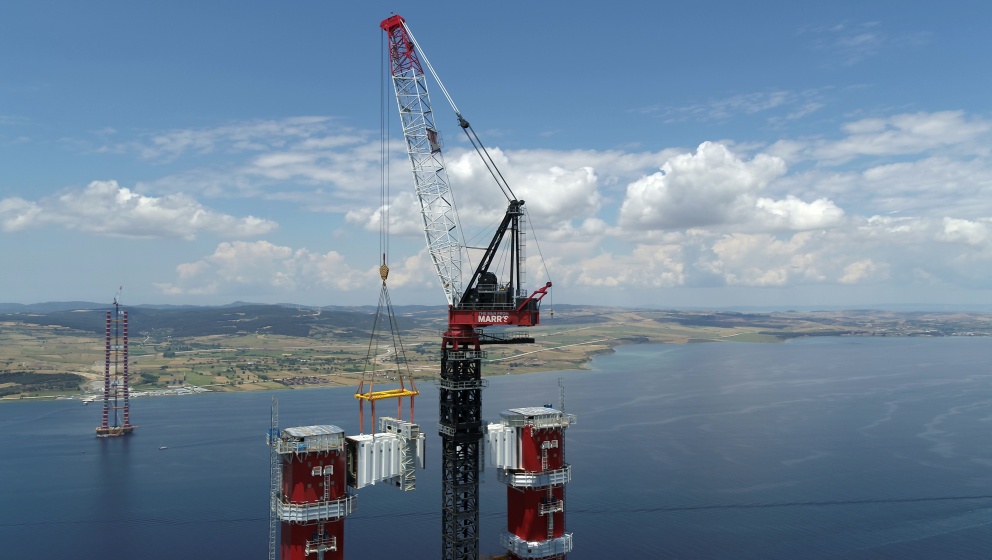 Marr Contracting switches to renewable diesel from Neste in Australia