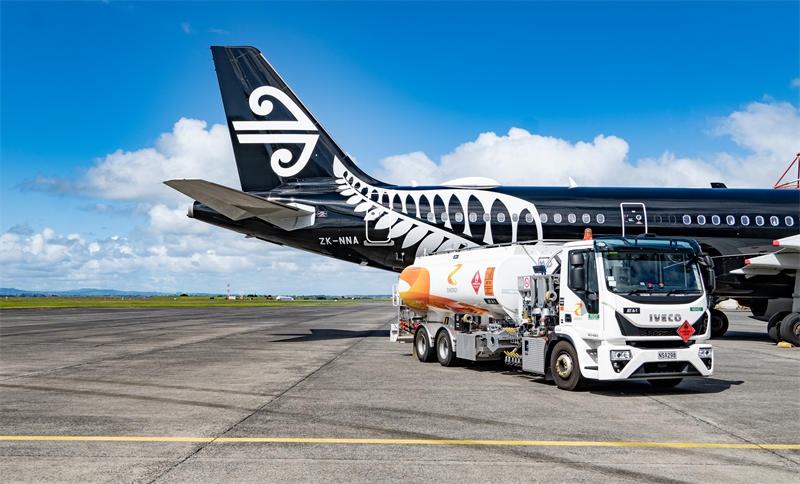 The 1.2 million liter (937 tons) import of neat SAF is equivalent to fueling around 400 return flights between Auckland and Wellington. Neste MY Sustainable Aviation Fuel use in its neat form reduces greenhouse gas emissions by up to 80%* over the fuel’s life cycle compared to fossil jet fuel use.

The first shipment will be used to help test and set up the supply chain for importing SAF into New Zealand. As SAF is a drop in fuel, it will be put into the fuel system at New Zealand’s Marsden Point harbor, where it will make its way down to Auckland Airport and will be delivered to Air New Zealand through the regular jet fuel supply chain.

Air New Zealand Chief Executive Officer Greg Foran says the airline is incredibly committed to getting the Air New Zealand fleet up and running on SAF and this shipment of fuel from Neste marks the beginning of making regular imports a reality. “This is a major milestone for us. We made a commitment when we announced Flight NZ0 earlier this year to find a more sustainable way to connect with the world. Air New Zealand is already one of the most fuel-efficient airlines in the world with our modern fleet, but the future of travel relies on low-carbon air transport.”

“While we are starting out small, it will help us to understand how we can ensure the supply chain is robust enough to keep up with demand. Currently, SAF only makes up less than 1 percent of the global fuel supply and is around three to five times the cost of fossil jet fuel, so while sourcing it is a challenge, it’s one we are tackling head on. By 2030, we expect our fleet to be fueled by 10 percent SAF.”

“Neste is fully committed to supporting the decarbonization of aviation. We have been at the forefront of accelerating the production and use of SAF, and our Neste MY Sustainable Aviation Fuel is used across the globe by a growing number of airlines. I am excited that our SAF will now also be supplied to Air New Zealand in cooperation with Z Energy. We are proud to support Air New Zealand and the New Zealand Government to reach their ambitious climate goals that show a great example for others to follow. With the expansion project at our Singapore refinery nearing completion, and the ongoing modification of our Rotterdam refinery to increase SAF production capabilities there, we will be able to produce up to 1.5 million tons of SAF by the end of 2023, ready to support aviation globally and in the Asia-Pacific region,” says Sami Jauhiainen, Vice President APAC, Renewable Aviation at Neste.

Import partner Z Energy’s Chief Executive Officer Mike Bennetts says Z is already investing in low-carbon revenue streams that are better for both their customers and the planet. “We support and recognise the need for SAF to become the norm in Aotearoa and it is a key part of Z’s roadmap to support our customers on their journey to a low-carbon future. We are pleased to work alongside Air NZ and Neste to bring this shipment of SAF into the country and recognise collaboration with others will be essential to help us decarbonise at the scale and pace needed to address climate change.”

SAF delivers the performance of conventional jet fuel but with a significantly smaller carbon footprint on a life cycle basis. Neste MY SAF is produced 100% from sustainably-sourced, renewable waste and residue raw materials, such as used cooking oil and animal fat waste. Once blended, SAF works seamlessly with existing fueling infrastructure and aircraft engines. Neste MY SAF is a today solution, commercially available and in use worldwide.

Air New Zealand’s story started in 1940, first taking to the skies between Auckland and Sydney on a flying boat - a Short S30. Known for its warm Kiwi hospitality, today, the airline has 98 operating aircraft ranging from Boeing 787-9 Dreamliners and Airbus A320s to ATRs and Q300s, offering customers comfort in the latest most efficient jets and turboprops. It’s a modern fuel-efficient fleet with an average age of 6.7 years. Air New Zealand’s global network of passenger and cargo services centres around New Zealand. Pre-Covid, the airline flew more than 17 million passengers every year, with 3,400 flights per week. Air New Zealand was recently named the World's Safest Airline by the Australian rating service AirlineRatings.com, highlighting the airline’s laser-focus on safety. This year, Air New Zealand won Best Corporate Reputation in New Zealand – 8th year in a row.
Air New Zealand has a well-connected domestic business, connecting customers and cargo to 20 different regions around New Zealand. Internationally, the airline has direct flights to major cities across Australia, Asia, the Pacific Islands and the US, and through its strong relationships with alliance partners, offers customers more choice and convenience to connect further afield to hundreds of destinations. Air New Zealand has a particular focus on sustainability and its Sustainability Framework helps guide the airline’s efforts in tackling some of New Zealand's and the world's most complex challenges. Airpoints, Air New Zealand’s loyalty programme, is seen as the most valuable loyalty programme in New Zealand with 3.5 million members. It allows members to earn Airpoints Dollars™ and Status Points for VIP benefits in the air and on the ground. Air New Zealand aircraft are proudly identified by its distinct tail livery of the Mangōpare, the Māori symbol of the hammerhead shark which represents strength, tenacity, and resilience. 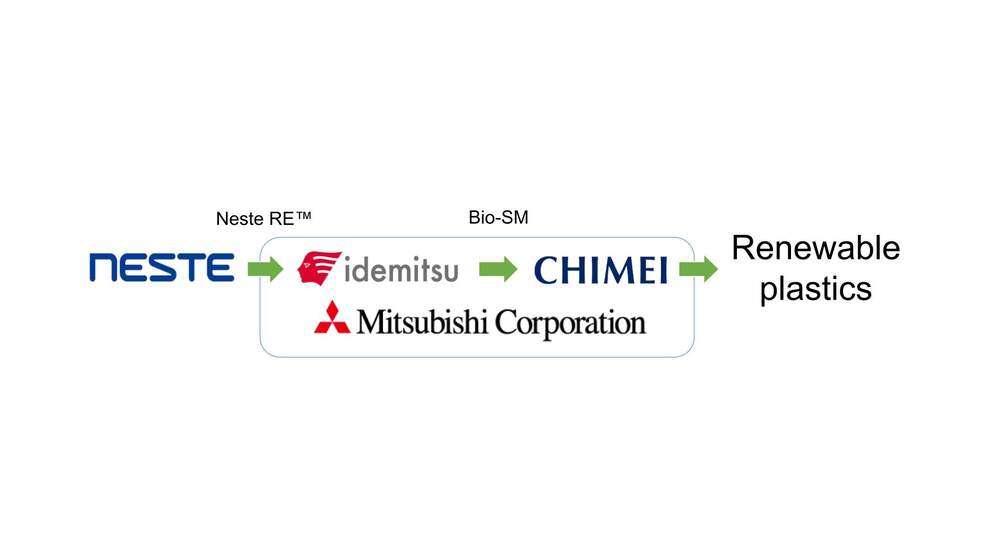